The New World. Land of endless horizons and supercities, in contrast with the small islands and villages of the Caribbean.

North America includes the wide territories of Alaska and Canada as well as some of the biggest cities in the world such as New York and Los Angeles, Mexico with its white beaches and the ruins of one of the ancient people on Earth, the Mayas. The canyons and deserts in Southwestern United States are ideal for hiking and adventure lovers offering extraterrestrial-like landscapes.

“America is a poem in our eyes; its ample geography dazzles the imagination”. – Ralph Waldo Emerson. 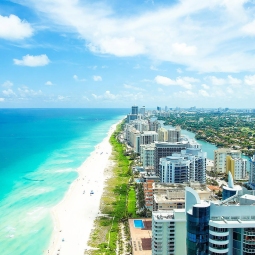